I never know how to start a post for an overall monthly review. Basically January is almost over and I want to recount some of the things that have kept me entertained.

The film Frank started streaming on Netflix. I wanted to see this so much when it came to my local Indie theater but I missed it. I even made a Halloween costume based on Frank. I am happy to say this film did not disappoint me. Michael Fassbender was perfect as the almost recluse musician hiding in his mask. And the song "I Love You All" is oddly catchy.

Gypsy Girl (Skywest and Crooked) 1965
Another Netflix pick. I stumbled across this strange film just the other night. Starring Disney darling Hayley Mills and Deadwood's Ian McShane. A strange story about a girl who is emotionally stunted due to a childhood trauma and a gypsy boy who falls in love with her. Set in rural England in, I think, the 1960's. It could be a different time period but I am pretty sure it is supposed to have been set in the time it was filmed. As odd as all the animal burials are, this is a rather endearing film.

Parks and Recreation
I finally caved in and started to watch this show. I started with the first season and hated it. I gave up at about 4 episodes in. Then I read some reviews about how it gets better in season 2 and so on. They are right! I now love this show and have been binge watching it like crazy. I'm already on season 5. I want to be April.

IggleSwap
This month I participated in the International Geek Girl Pen Pal Club (IGGPPC or Iggles for short) Sock Swap. My swap partner sent me the cutest socks ever. Gnomes, ice-cream cones, llamas and party chihuahuas. Plus nail polish! In comparison the ones I sent her suck. These socks are fantastic.

Subscription Boxes
This month's Ipsy and Birchbox subscriptions can be seen better here . I really love getting these beauty boxes. I am slowly building a stock pile of skin care products. Pretty good sized samples too. 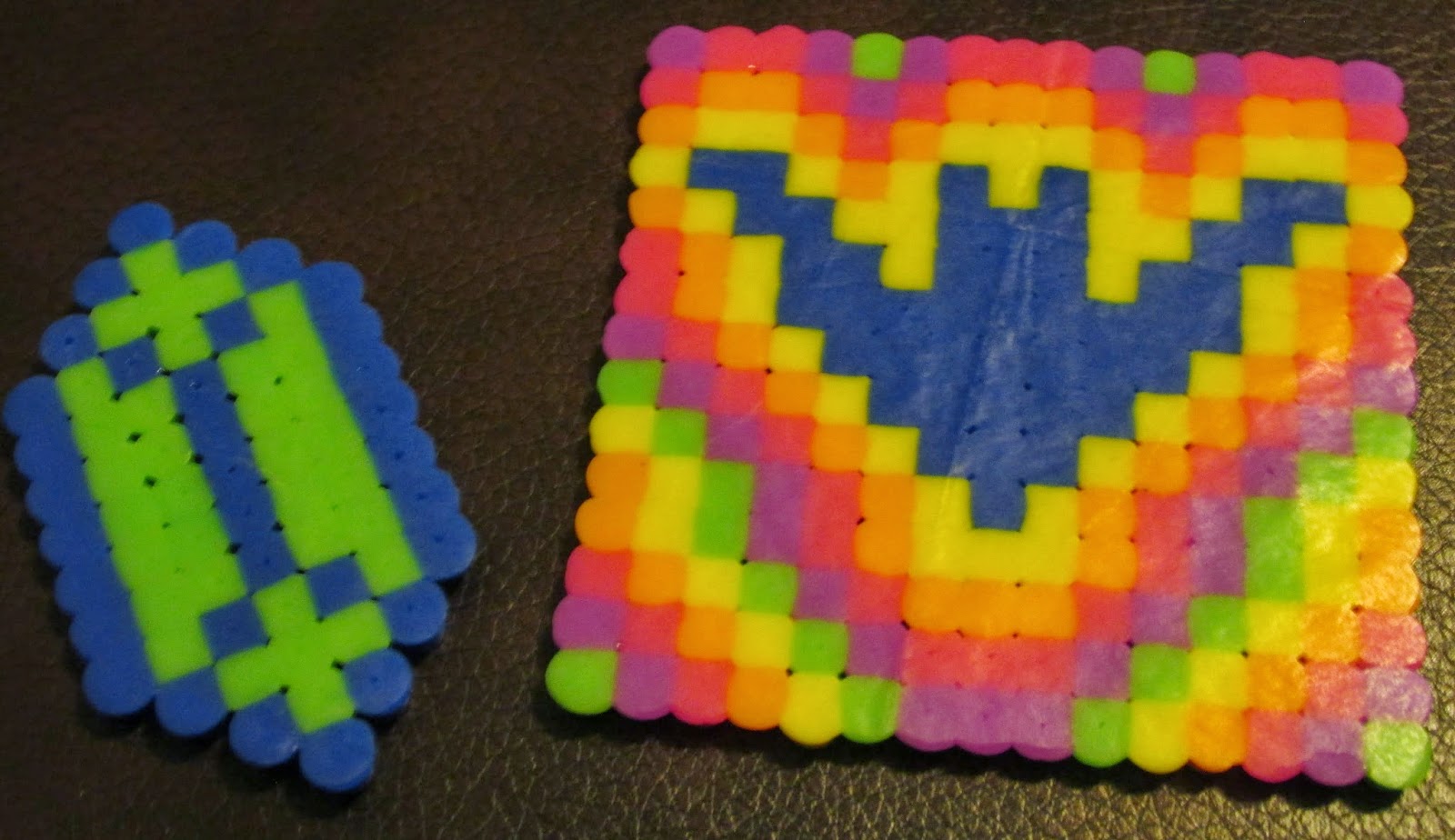 Back to IGGPPC. Every month there are iggle challenges. Crafting, fitness, books, films, photography and many more. This month's craft challenge was Perler beads. The plastic beads that you can melt together to make designs. These were a staple of my childhood. Everyone in my family had these as coasters.
For the challenge I made a pathetic rupee from Zelda and a Psychedelic Batman that came out better than I thought it would.

IggleBookWorms
I also read the book Princesses Behaving Badly for the Iggle Book Club. I joined Goodreads this month just to start participating in this group. I also put down 20 books as Goodreads 2015 Challenge goal. I think I am doing pretty well already. Below are the books I have read this month. Not counting any rereads.