Game of Thrones: In Memoriam Season 5

Valar Morghulis: All Men Must Die
The only certainty in any episode of Game of Thrones is that someone will die. Be they a central character or a nameless unknown anyone seems to be on the chopping block...literally for some.
Season six will start later this month so here is a list of the deaths from last season to get you caught up for the upcoming season.
Still upset that I am going to miss out on this upcoming season since I canceled HBO and Starz this year. What have I done?! 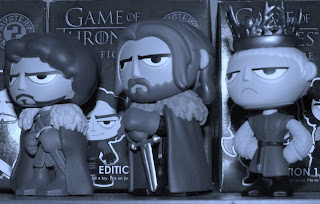 Email ThisBlogThis!Share to TwitterShare to FacebookShare to Pinterest
Labels: Game of Thrones