This month's Loot Crate has arrived.
Loot Crate is a monthly subscription box for the geeks and gamers. Every month has a theme and this month's theme, in honor of Halloween, is FEAR 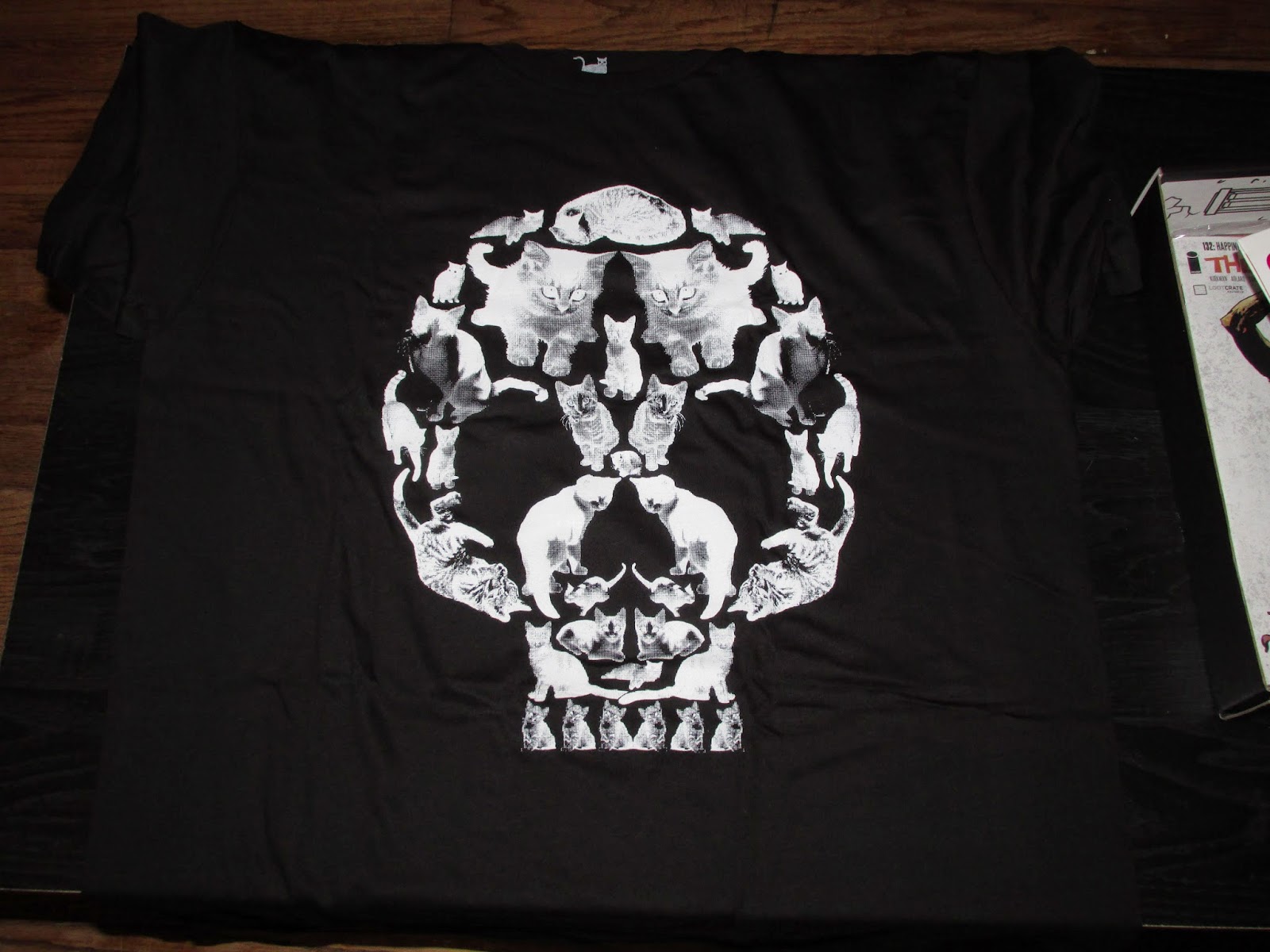 I am going to be perfectly honest and say that I wasn't overly thrilled by this month's crate. I think it is because of this shirt. A bunch of cats in the shape of a skull. The moment I opened the box up I said out loud "I hate that shirt".
I might be biased since I lost my 21 year old cat last month. Regardless I hate this shirt. 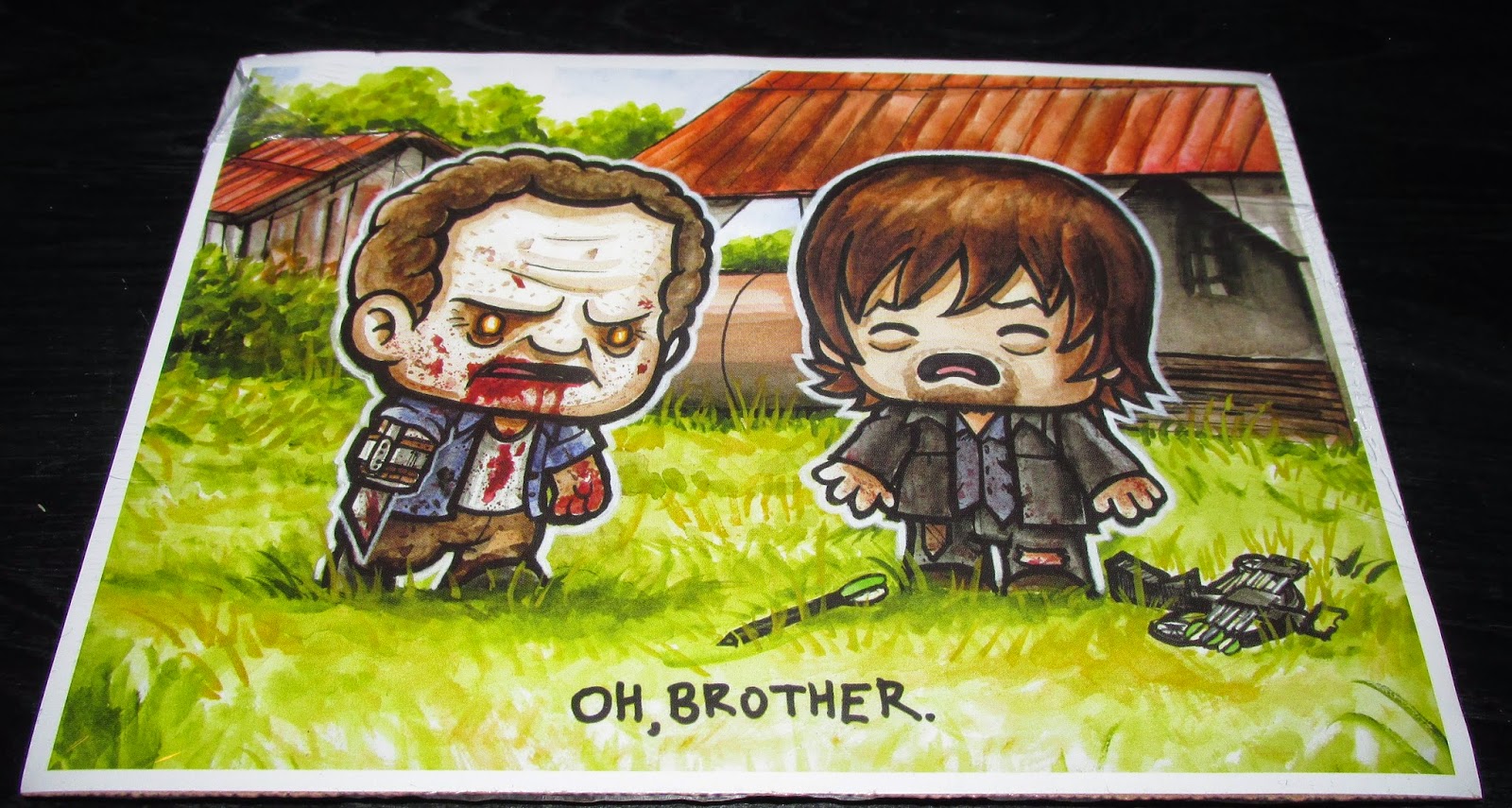 On the other hand I love this print. A superemofriends print of sad Daryl and dead Merle from The Walking Dead. Really great details. It is about the size of a postcard. This helps to make up for the shirt, a little. 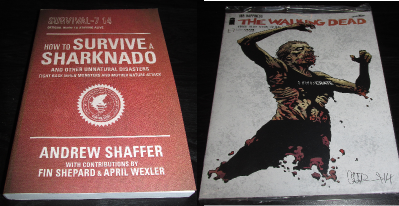 I am not a Sharknado fan but I am willing to give this book a read. It is How to Survive a Sharknado and Other Unnatural Disasters. It may be a good read.

Also in this month's crate a Loot Crate alternative cover of issue 132 of The Walking Dead. I haven't read any of the graphic novels so I don't know how this issue connects with the tv series. From what I know, the graphic novels and the tv show have not really had too much to do with each other. So this may be interesting to read. 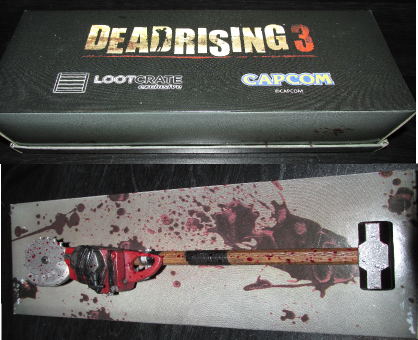 A Loot Crate exclusive Dead Rising sledges saw hammer pen from Capcom. Another thing I am not familiar with. I know its a zombie survival game but I've never played it. The pen looks gnarly though, so I like it.

Rounding out this crate is a sheet of temporary tattoos including: Zombie bite, werewolf bite, vampire bite, scratches and zombie mouth. These look fun.
The Loot Crate magazine cover was 3D hence the 3D glasses included.
The monthly themed button and the most painful and disgusting candy ever finishes the crate. Not including a smitegame code. 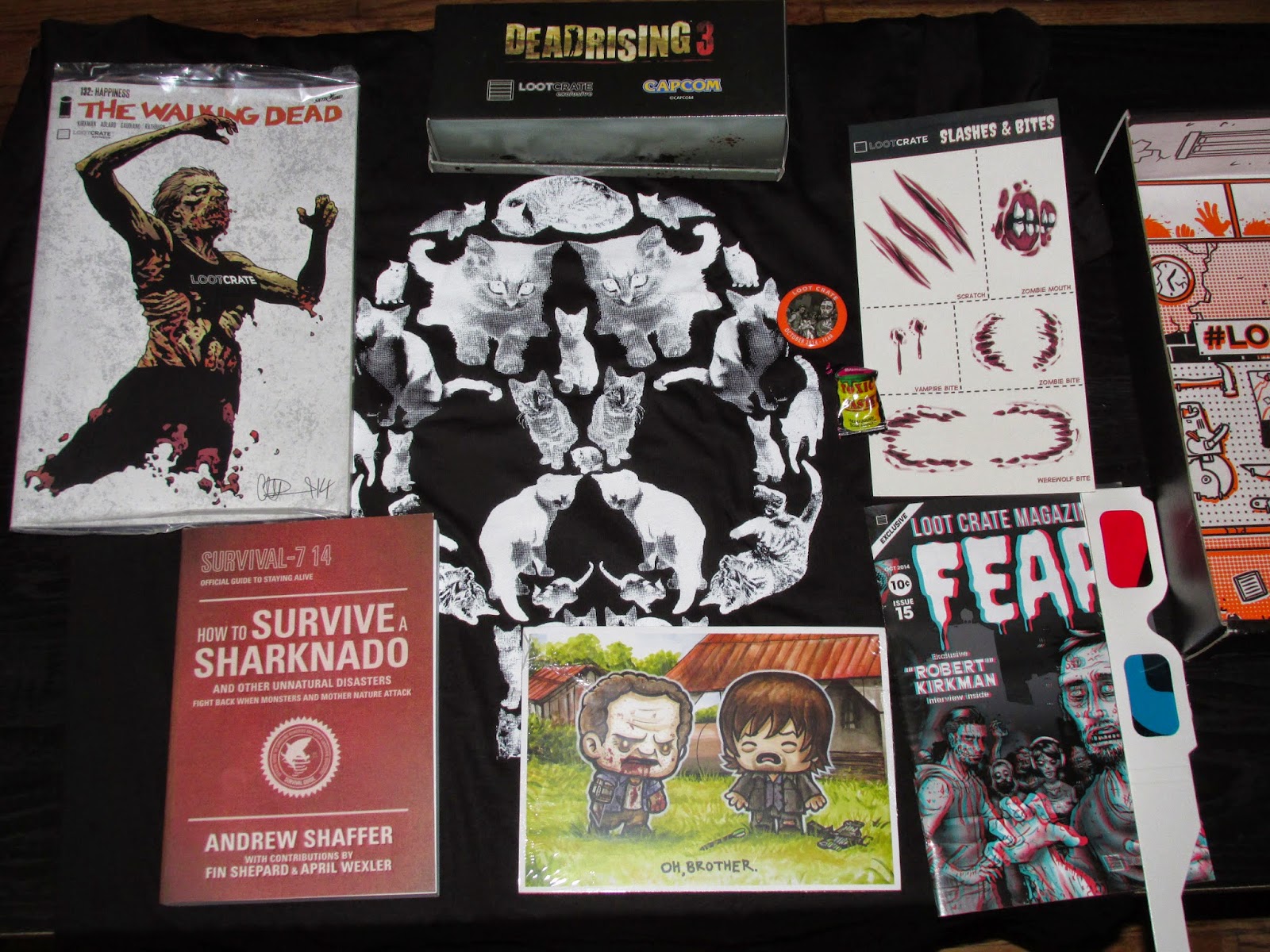 I tried to condense the pictures this month but it still turned into a photo dump. Sorry about that. I am debating about using jump breaks for my more photo heavy posts. I think I will start that next month. 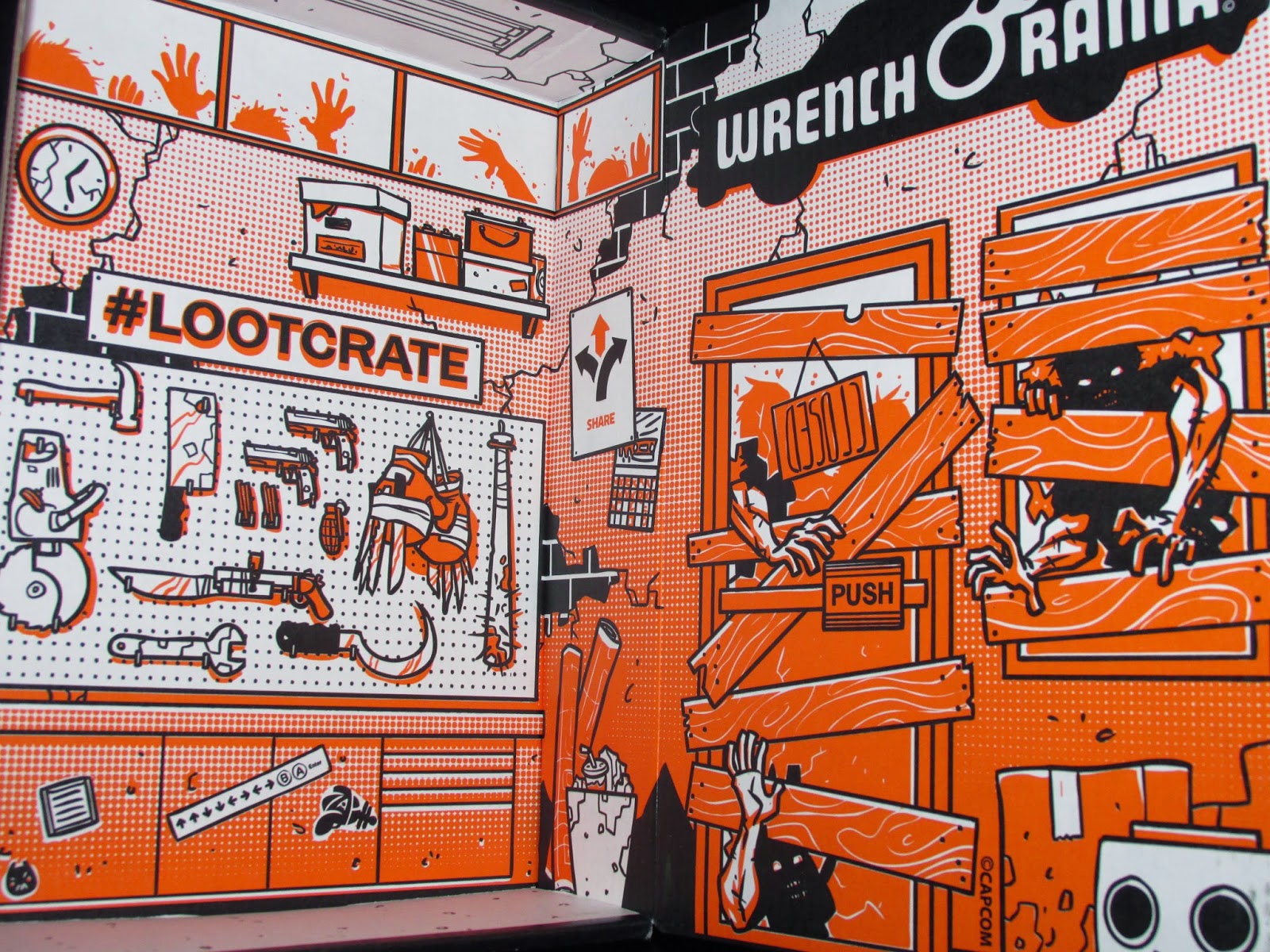 Since the July Villains crate Loot Crate has been decorating the interior of the crates with custom box art fitting each month's theme. This month it appears to be inside a hardware store during a zombie attack.

Do you get Loot Crate? If so what did you think of this month's crate?