My second favorite Austen novel is Pride and Prejudice. It was also the first one I read, as you can tell by the well worn binding. Pride and Prejudice is probably the most well known of Austen's books. So I will change up this month's literary Friday post and focus on some of the TV and film adaptations.
Pride and Prejudice 1940
Laurence Olivier as Mr. Darcy is flawless. But to be perfectly honest this man could have played any character perfectly. His Darcy starts off brooding and disinterested but softens with each scene that involves Greer Garson's Elizabeth.
This being a 1940's film, many liberties were taken to make it palatable to the audience of the time. That is not to say it is bad, in fact I rather enjoyed the idea of Lady de Bourgh conspiring to get Darcy and Elizabeth together. 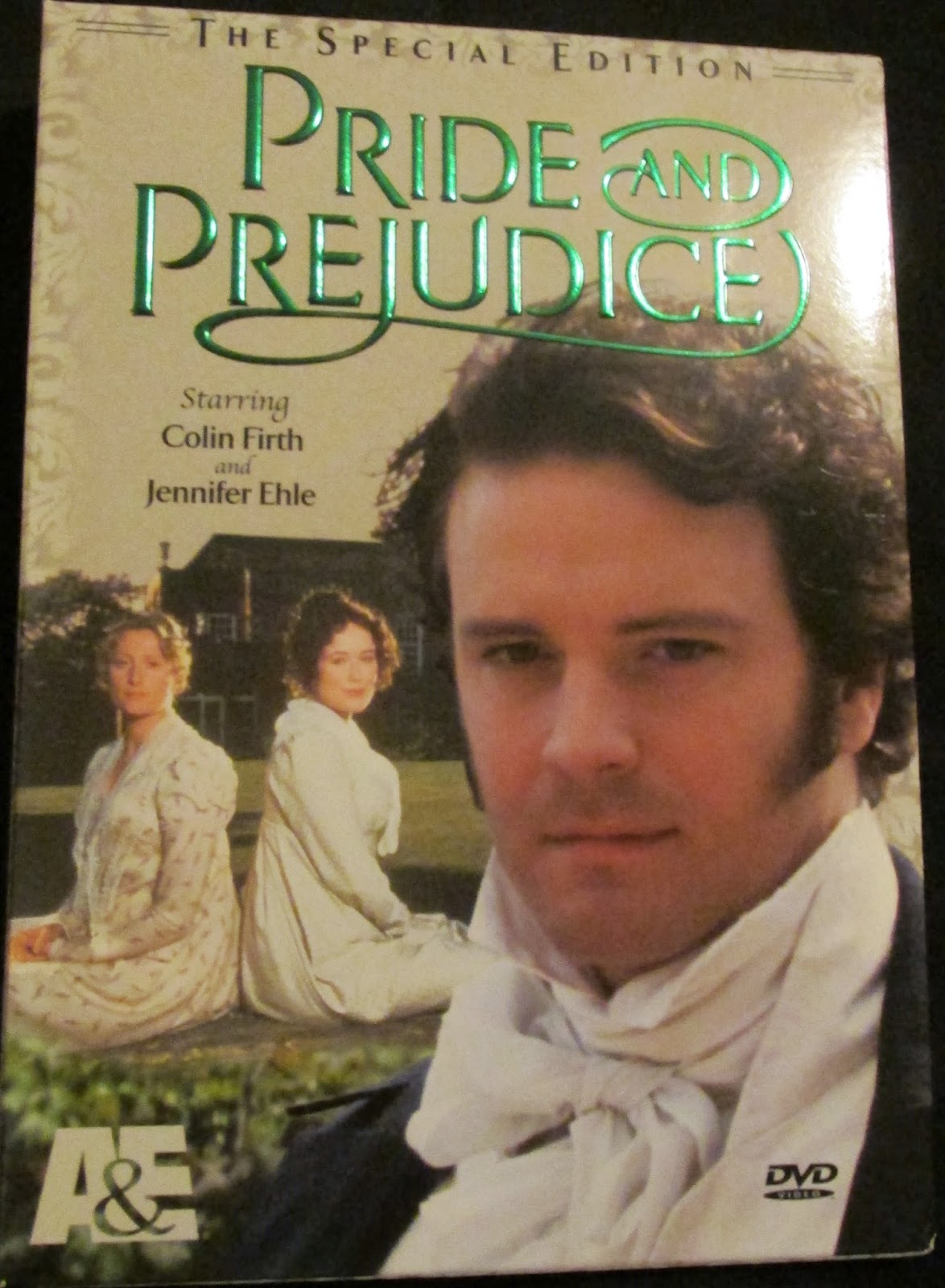 Pride and Prejudice 1995 TV Series
The holy grail of adaptations. This is as close to perfect as a mini series can get. Let's face it, Colin Firth is Mr. Darcy. Every time I read the book he is my Darcy. Hell the lake scene is famous enough to get its own statue.
I forgive Colin Firth for Mamma Mia! when I watch this.

Pride & Prejudice 2005
Not perfect by any means, but visually stunning.
Matthew Macfadyen's Darcy just didn't work for me. Too disinterested, making him basically bland.
Kiera Knightley's Elizabeth, on the other hand, was pretty good. She really captured her was of seeing the humor in things. Her giggle sells it.
Also props to Donald Sutherland's Mr. Bennett. A character that could have been played over the top or boring.

Pride & Prejudice: A Latter-Day Comedy
2003's modern adaptation using religious mores in exchange for the social traditions of Austen's Regency era.
I really liked the soundtrack, upbeat and fun.
I do not know much about the Mormon religion, but that did not ruin the film for me. The leads are pretty good for an updated version. This sisters, who are roommates in the film, are really funny.
Many liberties were taken but some interesting references to Pride & Prejudice and Austen and made throughout the film. Not for the purists. 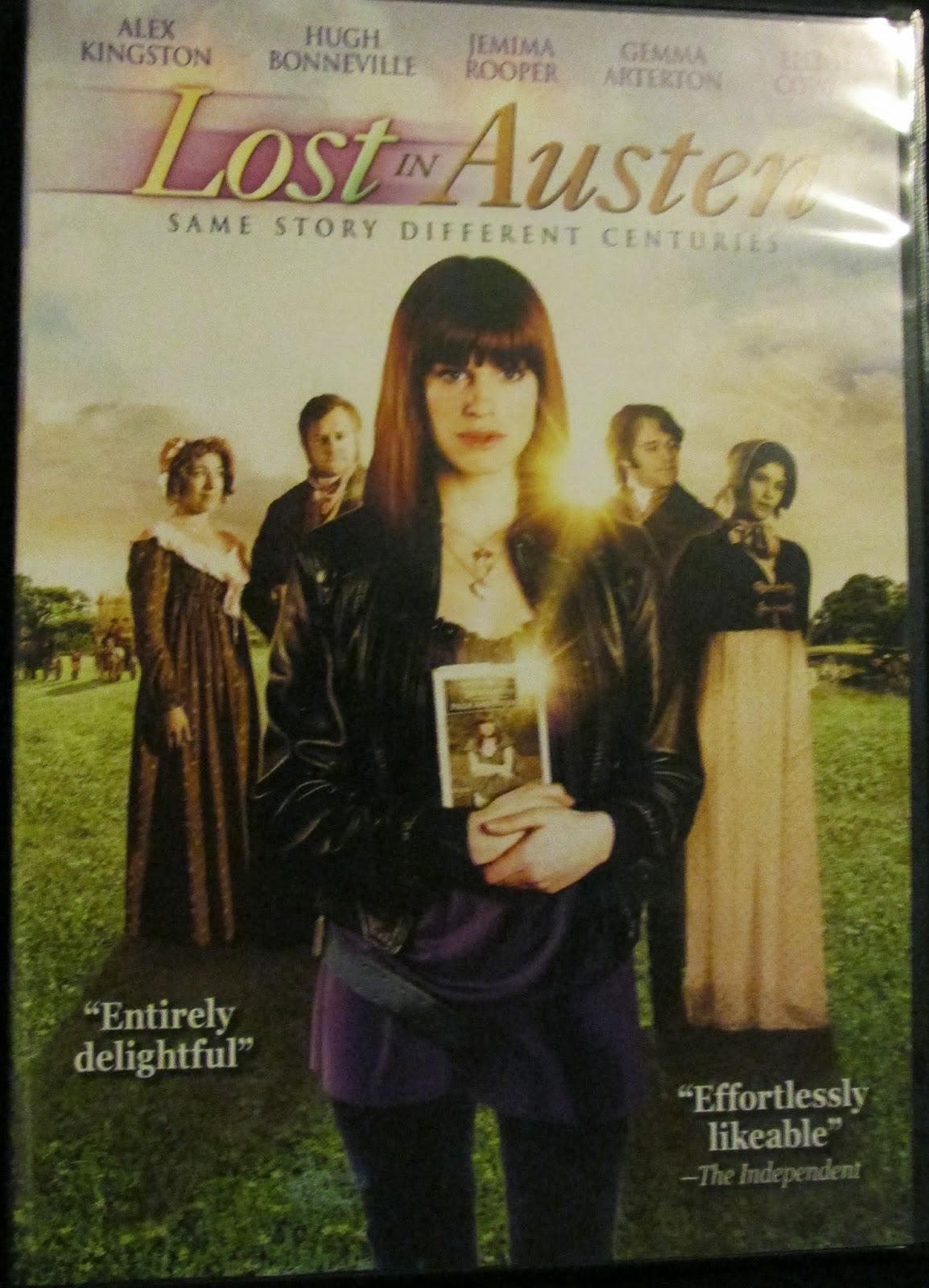 Now for something completely different.
Jemima Rooper plays Amanda, a Austen fan-girl, who trades places with Elizabeth Bennett. This mini series works best if you really know your Austen like the lead character. It takes a lot of turns from the book for the sake of telling a different story. I mean that in a good way.
Jemima Rooper is a great actress, I have liked her ever since I saw her as the lesbian ghost BFF in HEX.
And OMG River Song aka Alex Kingston plays Mrs. Bennett. Whovian fan-girl scream!
Also worth noting, Tom Riley as Wickham is amazing. He really made me like a character that in the book I despised. Plus he freakin adorable.

I feel like I am forgetting one.
If you like Pride and Prejudice, check some of these out. Especially Lost in Austen.

Images were taken from Wikipedia where noted. Please contact me if they are not fair-use and need to be taken down. Thank you