There are some movies that are difficult to watch but I love them so much. Sometimes I have to cover my eyes or my ears or even walk out of the room.
Yet I will still watch them shamefully and gleefully cringing 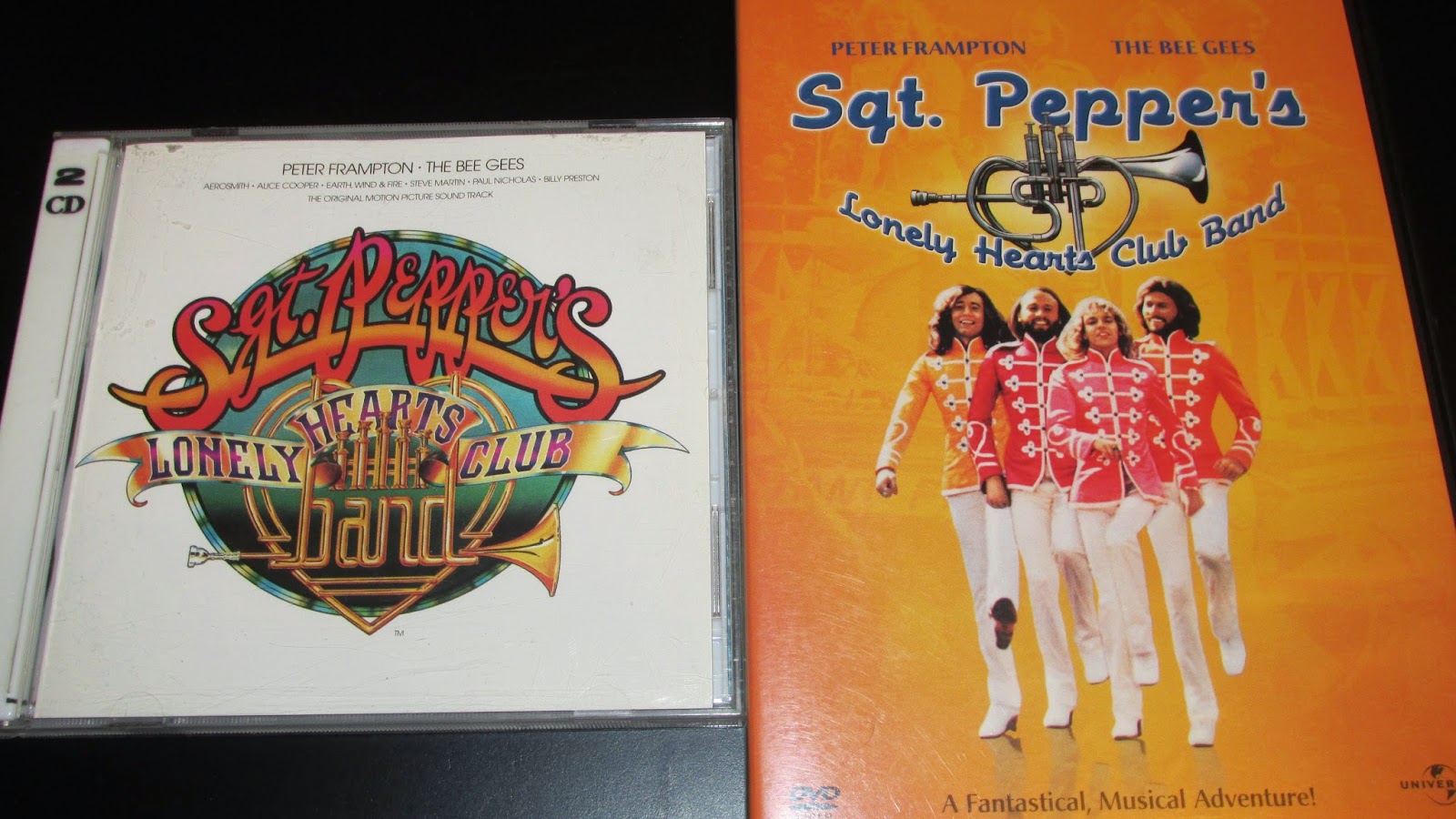 Yup, I have both the DVD and the soundtrack.

I have read so many horrible reviews of this film. Including people IRL that think I'm weird for liking this.
The thing is, while it it not a great movie, it is fun.
I have no idea why the makers of this movie thought, Peter Frampton and the Bee Gees could act and be the "All American Band" since none of them were American.
To make amends for that, they just removed all the dialogue from everyone except the wonderful George Burns.
It creates an odd, almost silent movie, feel to the whole thing.
And watching the "actors" overact their facial expressions in lieu of speaking is hard to get used to.
It is strange but the music is so worth it.

My favorite song in this Is Sandy Farina's "Strawberry Fields Forever"

Also all the "villains" are great. Steve Martin, Aerosmith and Alice Cooper.
So worth watching even though its kind of a trippy movie

I saw this movie again on TMC this month and it was the film that got the whole "cringe-worthy movie" idea in my head.
Sandra Dee is perfect as the plucky wannabe surfer and perpetual tomboy, but I just feel so embarrassed for Gidget throughout most of the movie.

There are two moments though that make me have to change the channel or leave the room for a minute.
One is watching Cliff Robertson's The Big Kahuna dance
(its kinda funny though)
The other is anytime James Darren's Moondoggie sings.
James Darren's singing voice is great, but I cannot help but feel uncomfortable when he sings to Gidget

This is one of the main movies that helped to usher in the "Beach Movies" that paired Annette Funicello and Frankie Avalon.
Those are some of the greatest cringe-worthy movies of all time.

Are there any films that you like even though they are embarrassing or difficult to watch?