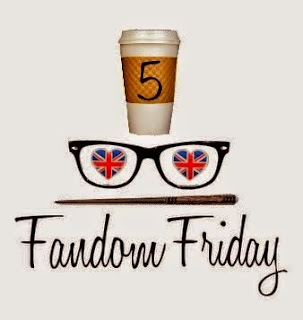 Fandom Friday is back!!! The lovely ladies from The Nerdy Girlie and SuperSpaceChick have come up with more prompts for us Geek Girl Bloggers. This week's prompt is about our favorite fictional moms, after all Mother's Day is this weekend.

1. Sarah Conner
Let's just start off with the most bad ass mother of them all. Every mom thinks their kid is something special, Sarah KNOWS it. Terminator 2 gives the first glimpse of the kick ass mama bear in action. As much as I connect Linda Hamilton with the role of Sarah, I really liked Lena Headey's version in the TV series too.

2. Shirley Partridge
Mother Partridge doesn't just support her children's dreams and aspirations, she joins them. I have a guilty love for The Partridge Family TV show since it come on Nick at Night around the same time as The Monkees (LOVE the Monkees). The music was catchy and bubble gum-ish. The plot lines were usually cringe worthy. But David Cassidy was cute, so all else is forgiven.

3. Molly Weasley
Not only is she the kind, caring and protective mother to the Weasley brood, she is also a great surrogate mum to Harry and Hermione. Plus in the movies she took out Bellatrix in the greatest way ever "Not my daughter, you Bitch". Go get her Mrs. Weasley!

4. Mrs. Cooper
I know the Big Bang Theory is a love it or hate it show. Personally I enjoy it. And one of my favorite recurring characters is Sheldon's mom. Coming from the "South" myself I know mothers just like her. A little odd but charming. In fact the way she is always trying to cook up something for everyone reminds me of my great-grandmother who would always head straight for the kitchen to whip something up even if we were not going to be there for more than a few minutes.

Next To Normal is a musical that I have wanted to see for a few years but have had to content myself with just listening to the soundtrack. It is a rock musical that deals with some serious issues including mental illness, which the mother is struggling with. Diana is not a good mom, but she is a favorite of mine anyway. The final song between her and her daughter is beautiful, sad and yet hopeful.