A Night out in T-Town to see Depeche Mode

I was very lucky and my former boss managed to score me a pair of tickets to see Depeche Mode at the Tulsa BOK center. So of course I made it a full night out with one of my best friends, SCB. 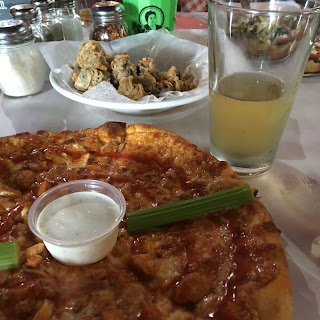 We started the evening with dinner at Joe Momma's. I went to the old Joe Momma's years ago before the fire. This is the new version that just opened this year I think. I was a fool though, I ordered a Buffalo Chicken pizza. I like buffalo chicken wings, but I always go with the mildest sauce. This pizza was not mild. I also had my first ever cider drink...two actually because the pizza was so spicy that I downed them both. 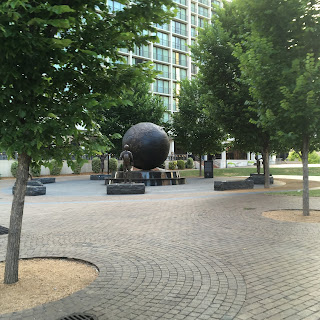 Apparently cider is stronger than beer, which I only found out after I was a bit drunk. After eating and my drinking we walked to the BOK center and stopped by MixCo to grab one last pre-show drink.
The drink was called "Basic Bitch," basic bitch pics were taken. 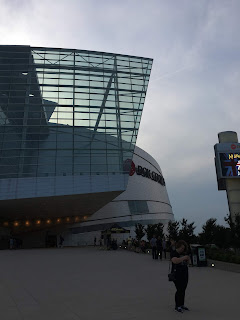 The only other time I have been to the BOK center was for a MUSE concert a few years ago. The 2nd Law tour. MUSE is the best live band I have ever seen and I have been lucky to see them twice now. 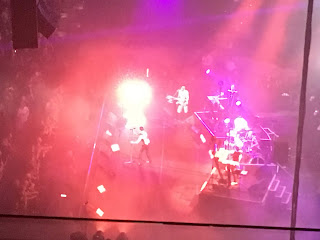 Onto Depeche Mode.
I know a few Depeche Mode songs. The big radio hits. But this band has been around for decades so I really wanted to see them. While I may not have known that many of the songs they played, it was a good show. The front man, Dave Gahan, is mesmerizing. His dancing and on stage persona is like Mick Jagger, but without the smugness and duck lip strutting.
I did manage to film the first song of their set. Not the greatest video, as we were seated to the side, but you can still see his dance moves. 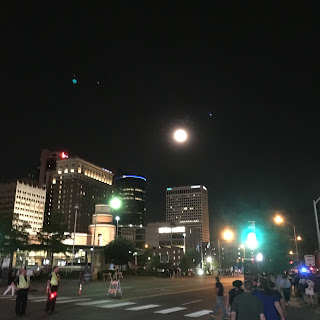 Some times I get to go out and do things with people I care about and have fun with and I realize that I am pretty lucky. Yes there is some crap in my life, but wandering through the streets of Tulsa with one of my best friends after a show and the full moon above us, things just seem good.