The last Jane Austen novel in my Literary Friday series, Persuasion, is my favorite. 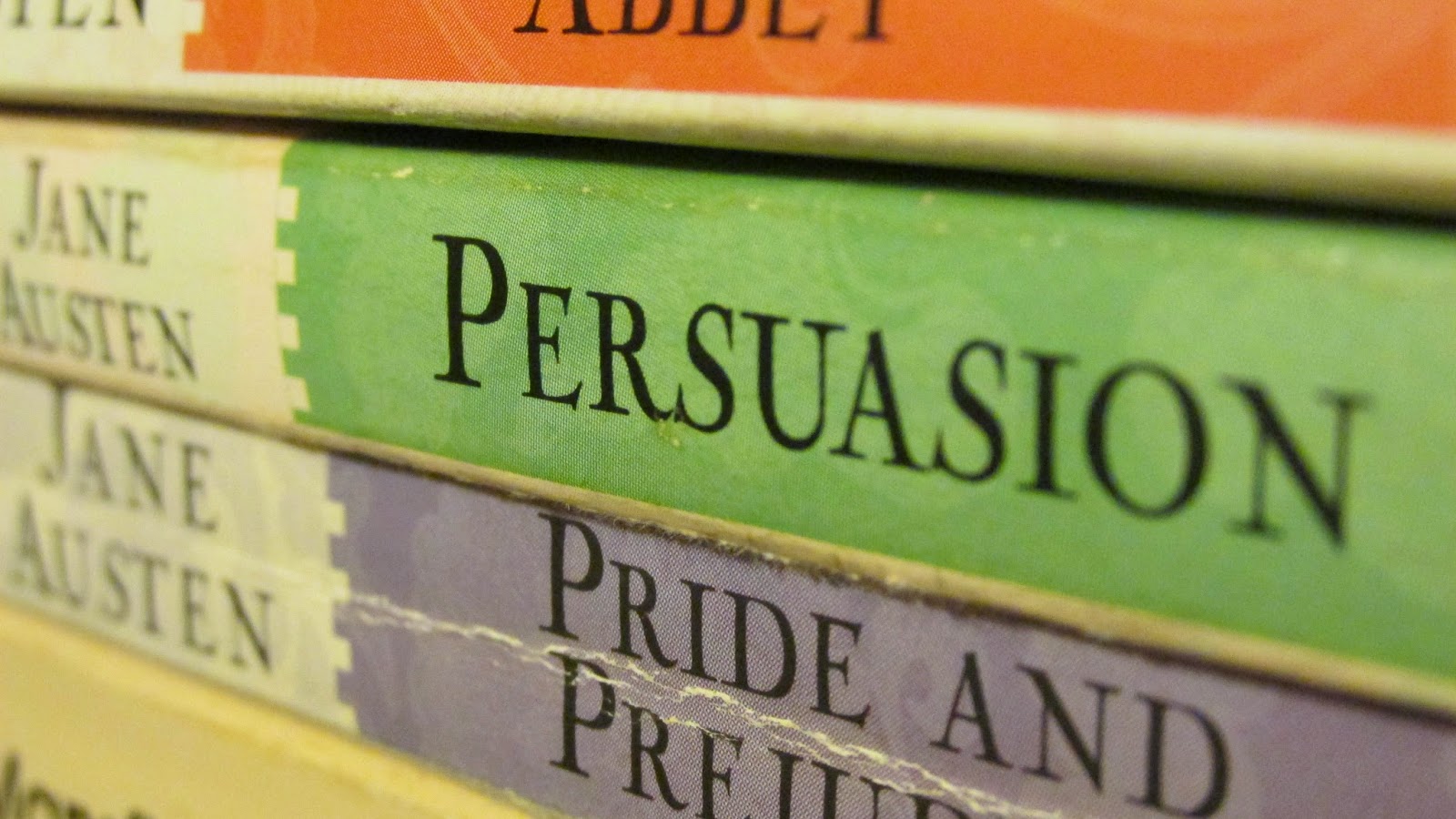 Persuasion was the last book written by Austen and it was published after her death. It is also one of the shorter books she wrote, the other being her first, Northanger Abbey.

Knowing that she was probably dying when she wrote this makes the whole story rather bittersweet. It is a story of hope and second chances. Of true and steadfast love winning out in the end.

Anne Elliott is a good, kind person. Her only flaw is being weak willed where her family is concerned.
Her father and older sister are vain and really do not care one bit about Anne. I imagine if she were on fire they would only put her out because of scorch marks on the furniture. And then they would bitch about the trouble of doing so.
Lady Russell serves as the mother figure in Anne's life and she really does love Anne. Yet Lady Russell is the cause of much grief in Anne's life. Anne's breaking off the engagement to Captain Wentworth years before the story begins is all due to her "persuasion".

Speaking of Captain Wentworth, he enters the story as a charming navy man to everyone except Anne, to whom he is reserved and standoffish. They meet again due to Anne staying with her younger sister, Mary, who is vapid but not a wholly bad person. In many ways she provides comic relief with her fussing with her husband and his family, the Musgroves.

Eventually as the story goes on the reader begins to understand that Anne and Wentworth still love each other. Wentworth is hurt by the past refusal. He initially doesn't want anything to do with her but he never stopped loving her.

What I really enjoy about this book is the pacing and the nervous feeling I get as the book progresses. Austen didn't put as much detail in the surroundings in the book compared to others so the story flows easier.
As it goes along Wentworth and Anne have many obstacles to get through. The Miss Musgroves, Anne's family, Anne's cousin, Mr Elliott.
But above all, Anne and Wentworth themselves.

After Wentworth writes Anne the letter in the later chapters everything comes to a head. In those moments no matter how many times I have read this book I dread something will get in the way of their meeting again.
Yet they meet, they share their feelings and explain their actions. Finally seeing everything clear.

Why I love this book:
Hope.

I think this will be my last literary Friday post for awhile. That is unless I read something amazing.