I have been trying to make a list of the things that have happened this year that have been good. Unfortunately I am writing this on the day that Carrie Fisher has been taken away. The painful bookend to a year that began with the loss of David Bowie, my hero and first love. Honestly 2016 has been a cruel year.
Yet even in the darkest nights there will always be some light.
Here are a few things that have made this no good year tolerable.

College
After far too many years, I am back in school working towards my BA. With the way my life was going I doubted I would ever be able to do this. Money is an issue but I am doing my best to make it work. 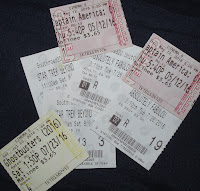 For the better part of the last decade my parents and I had to give up everything to take care of my grandfathers. Sometimes it's the little things that you miss the most. This year my mother and I managed to go to the actual movie theaters. Captain America: Civil War, Ghostbusters, Star Trek Beyond, Ab Fab the Movie. We plan to see Rogue One before the year is out. 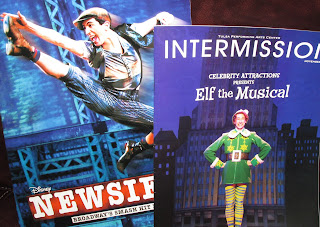 This year I won 2016-2017 season tickets to see the touring musicals including Newsies and Elf (which have already played) and soon Dirty Dancing and Something Rotten. I am really looking forward to Something Rotten, a Shakespeare musical that may have THE Adam Pascal touring. Don't know if this is true but I really really hope so.
This was one of the best things I have won, I am such a musical theatre lover...Really I make Tony Award Cookies that got tweeted by the official Tony Awards Twitter : )

This year I read 40 new to me books. My favorites were Circle of Friends, Poldark, Sunne in Splendor(over 900 pages but really good) and oddly enough The Host. My goal was 25. Next year with all the college classes I am planning on taking this will probably be a lot lower.

And the most important of all
Logan and Finn

I am not putting a picture of her up here but my cousin had the most perfect child last March. Even her name is perfect, Logan (my favorite film is Logan's Run). She is the sweetest baby ever, and I don't like kids so that is saying a lot.

And then there is Finn. 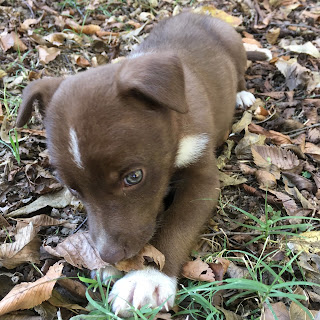 He is at least three times this size now. I can hardly pick him up. He is now my parents' baby because my house and yard could not handle him...also I was sleep deprived and had gotten behind on class work. Puppies are hard work but I still adore him. He is just now my little "brother".
Also he is named after Star Wars: The Force Awakens

Despite the few good things, I am ready for this year to end. All I can do is hope 2017 is better.