Am I Falling Out of Love with Doctor Who?

Let me preface this by saying that I am still a fan of Doctor Who.
I have been a "whovian" since the moment Christopher Eccleston took Billie Piper's hand and then said " I'm the Doctor, by the way... Run for your life".
I was hooked.
My favorite Doctor is 11 even though I adored both 9 and 10 in different ways. I felt a connection with almost all of the companions (except Martha, not a big Martha fan). The 11, Rory and Amy trio with dashes of River became my favorite era.
Then came Clara.
I had hope for the next companion after she was first introduced as Souffle Girl. Unfortunately I just never liked her again after that. I can't recall any of her episodes with 11 without looking them up. The only ones that pop into my head are the Christmas episodes. Matt Smith's last episode still hurts...in a good way. I will say that Doctor Who gave him an amazing send off complete with one last moment with his Amy.
Back to Clara. 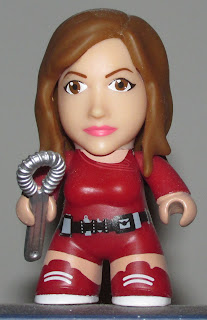 The Impossible Girl arc never resonated with me. Maybe I was just still recovering from the Pond Trio era.
I never liked Danny Pink. Sorry but he was just so antagonistic. I get the whole Danny and the Doctor are soldiers of different calibers. It was just so heavy handed. The constant hostility from Danny just put me off. And I never saw a real connection between Clara and Danny until he died. Danny made me like Mickey more in retrospect.
I hate to say this but Clara may end up being my least liked companion. Nothing against the actress, who I loved in the Titanic mini series. But Clara is in turns overly cheeky or excessively reckless. An adrenaline junkie with a death wish.
As for Peter Capaldi's Doctor, I can't tell if I like him yet. He started out way too mean for my taste but has since balanced out. I will admit I sometimes can't understand everything he is saying. I won't give up on him yet.
There were things in the past few seasons that I liked. I loved Missy. I know that she could not be a regular fixture. Too much of a good thing and all.
The Christmas episode with River gave me hope for 12.
And Maisie Williams recurring "Me" was delightful. She is proving that she has the potential to be one of the greatest actors of this generation.

Email ThisBlogThis!Share to TwitterShare to FacebookShare to Pinterest
Labels: Doctor Who