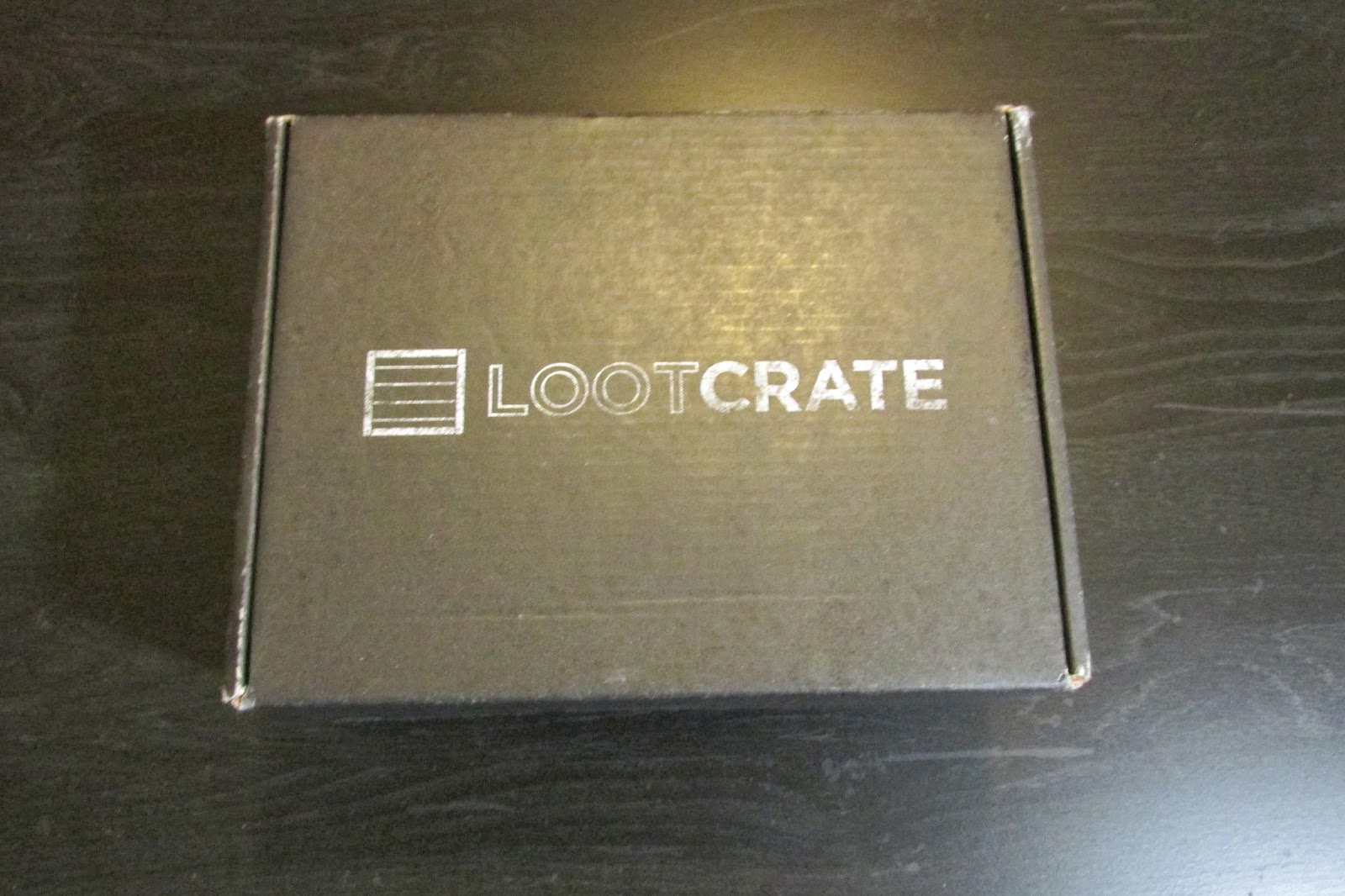 My first Loot Crate subscription box arrived today. Loot Crate is a monthly subscription box for the Geek and Gamer. It cost around $20 a month including shipping. Each month has a theme and this month's theme is TITAN. It includes both Titanfall and Attack on Titan. 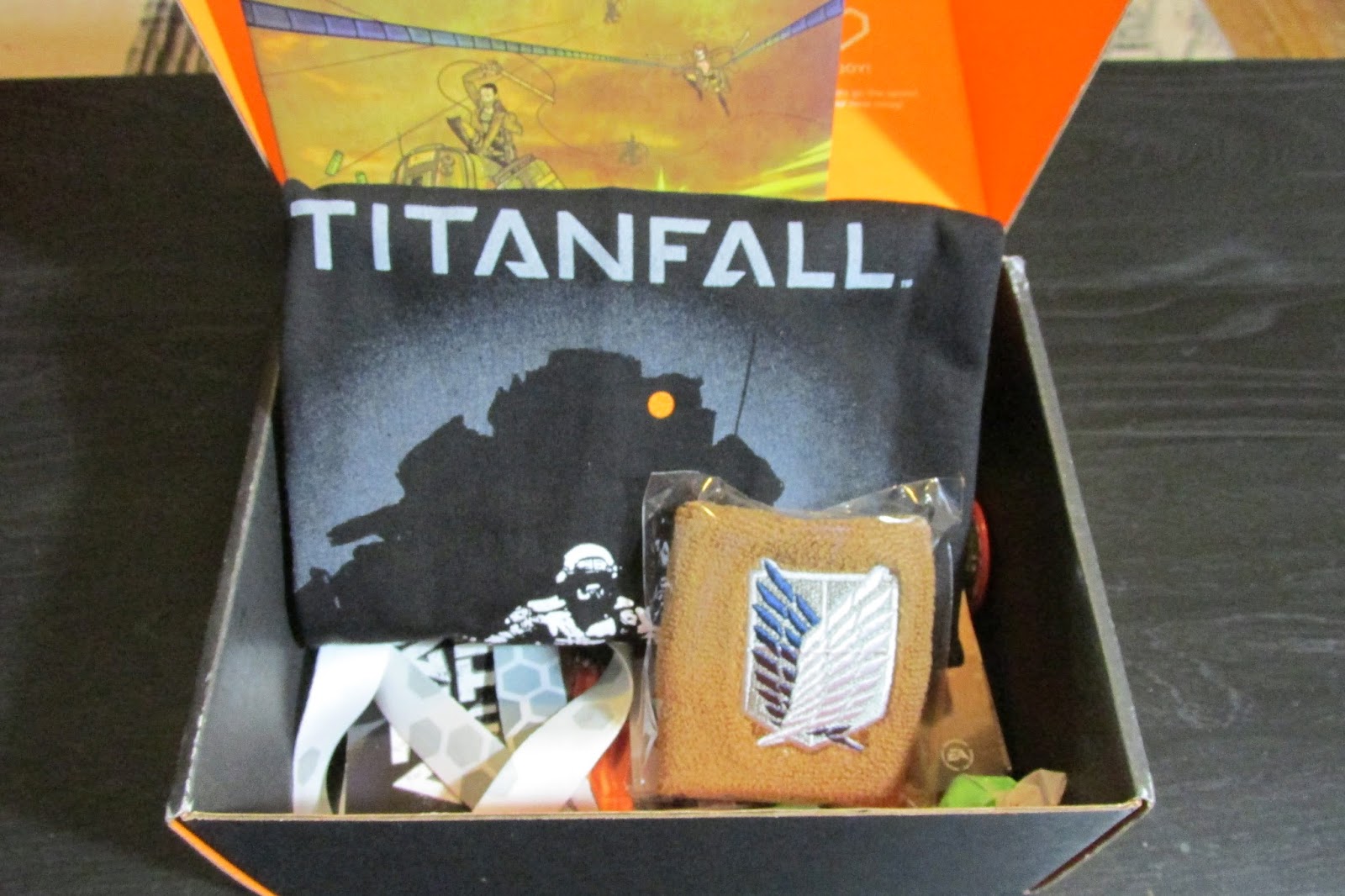 I know what Titanfall is even though I haven't played it and I'm not really sure if I every will.

On the other hand I have just become a recent convert to Attack on Titan. It was something I knew about and had it on my Netflix list for awhile. I have not really every been into anime but when the theme for this box was announced I decided to watch it.
LOVE IT.
I watched the entire series and loved every minute of it. So I have been really excited for this box. 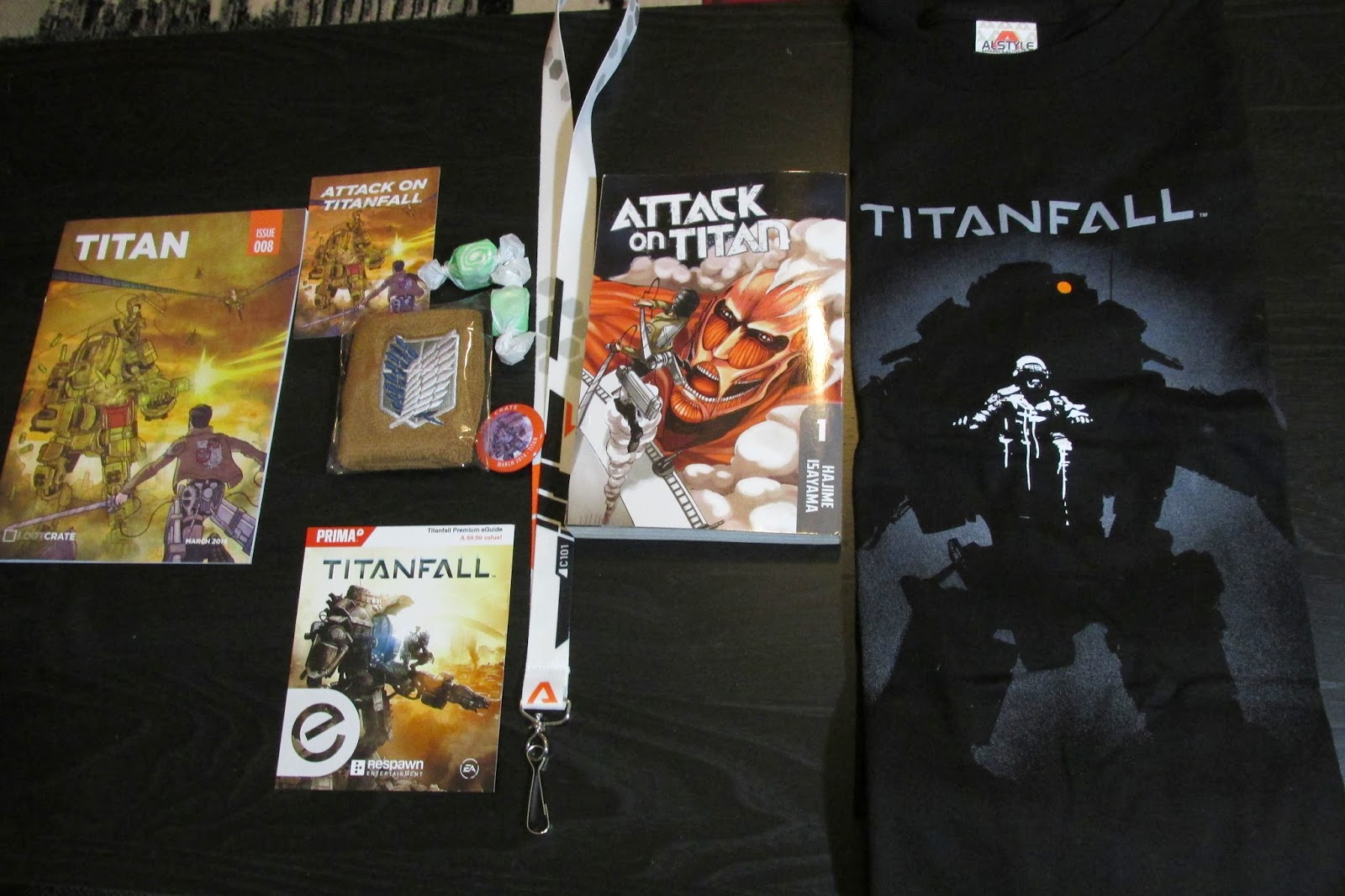 Here is everything that came in the box minus a card with details about coupon codes that will be emailed at a later date. 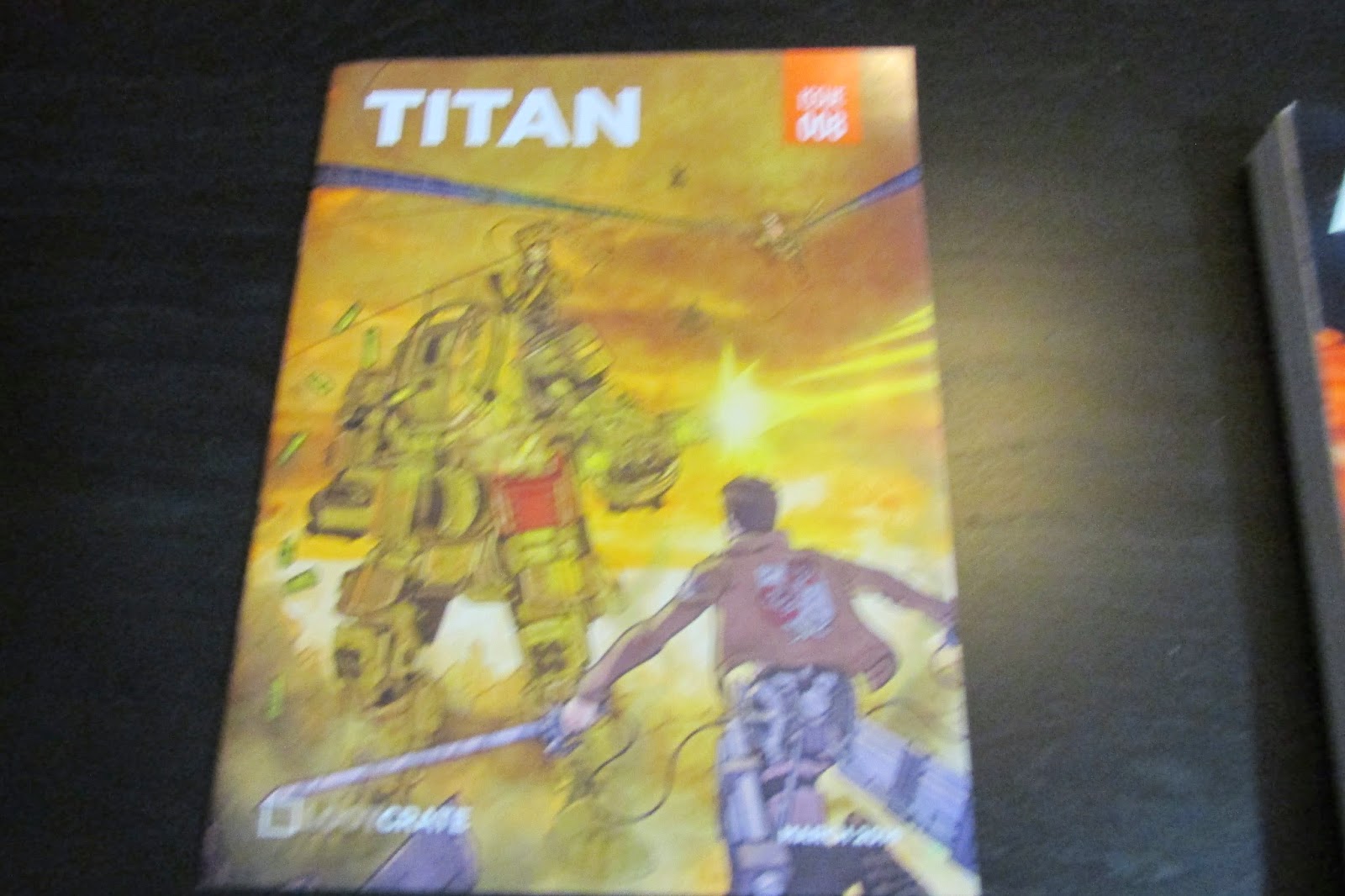 This is the Loot Crate magazine that comes with each crate detailing the theme of the month, including an interview and details on the products in the crate.
(Sorry about the blurry pic) 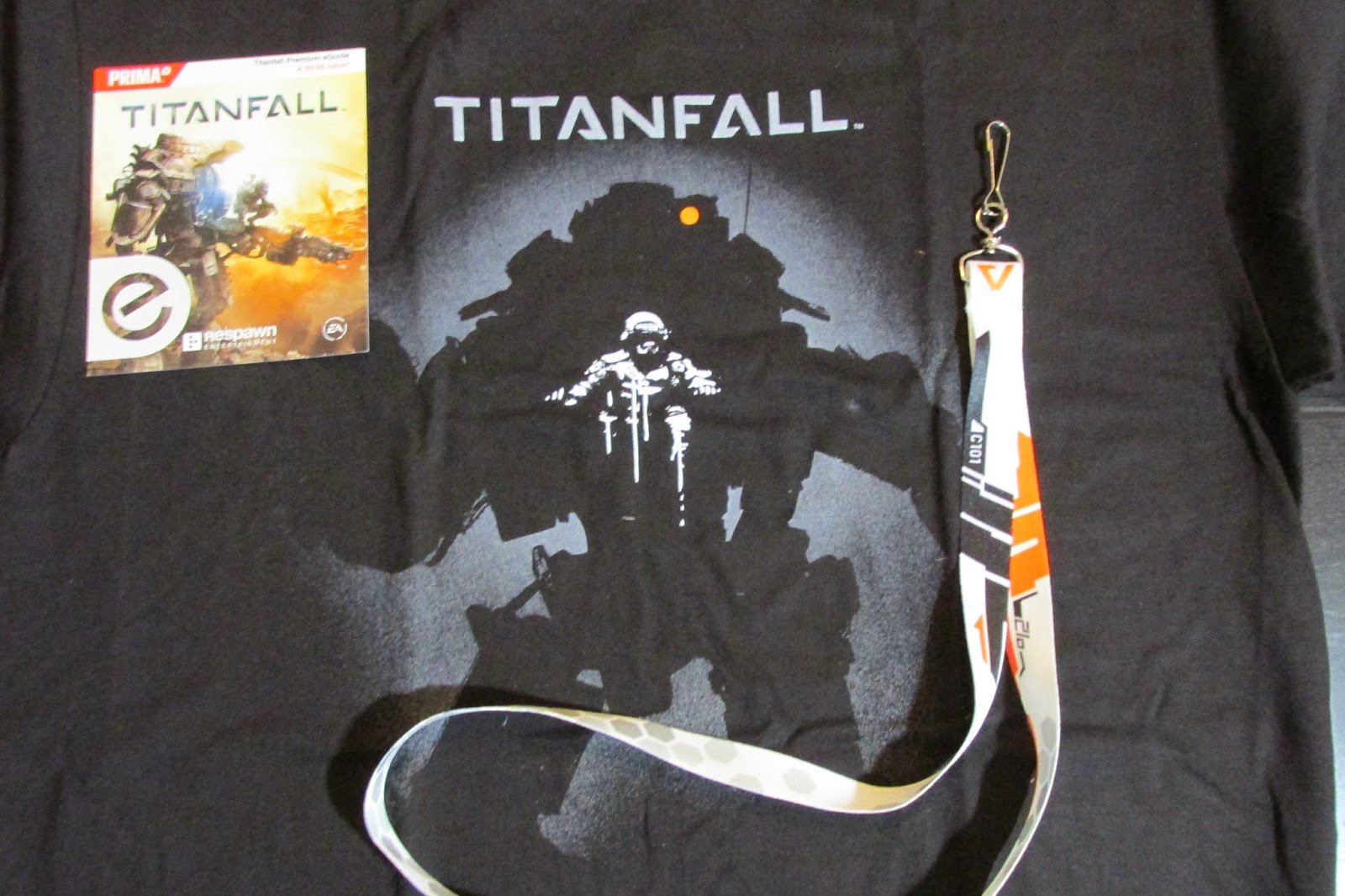 For Titanfall the crate included an exclusive t-shirt that was originally only available to the development team for the game.
A Titanfall strategy e-guide (the card in the top left hand corner)
And a Titanfall lanyard 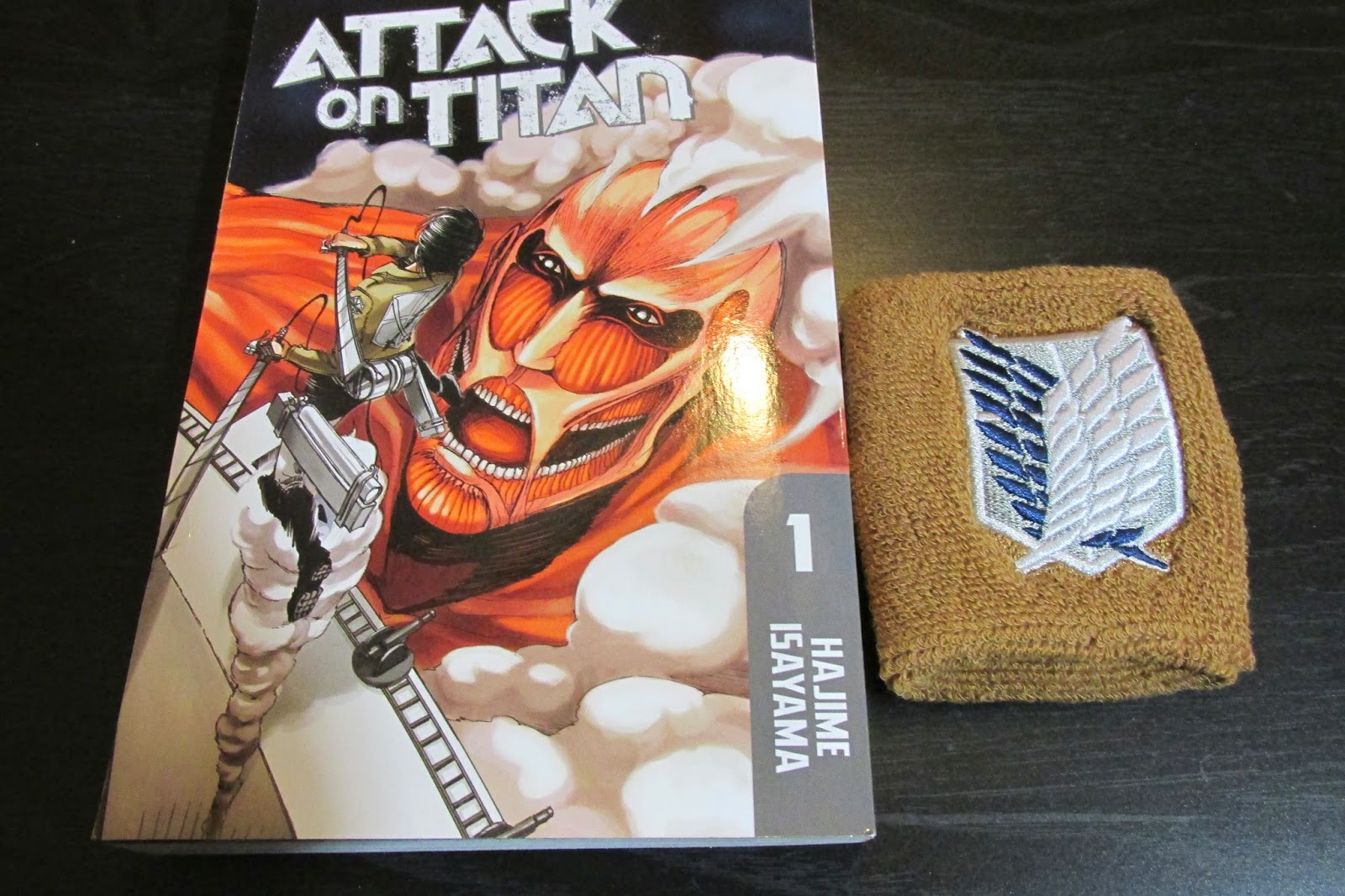 For Attack On Titan the first in the manga series.
And a Wings of Freedom scouting regiment wristband
(I am definitely going to wear this) 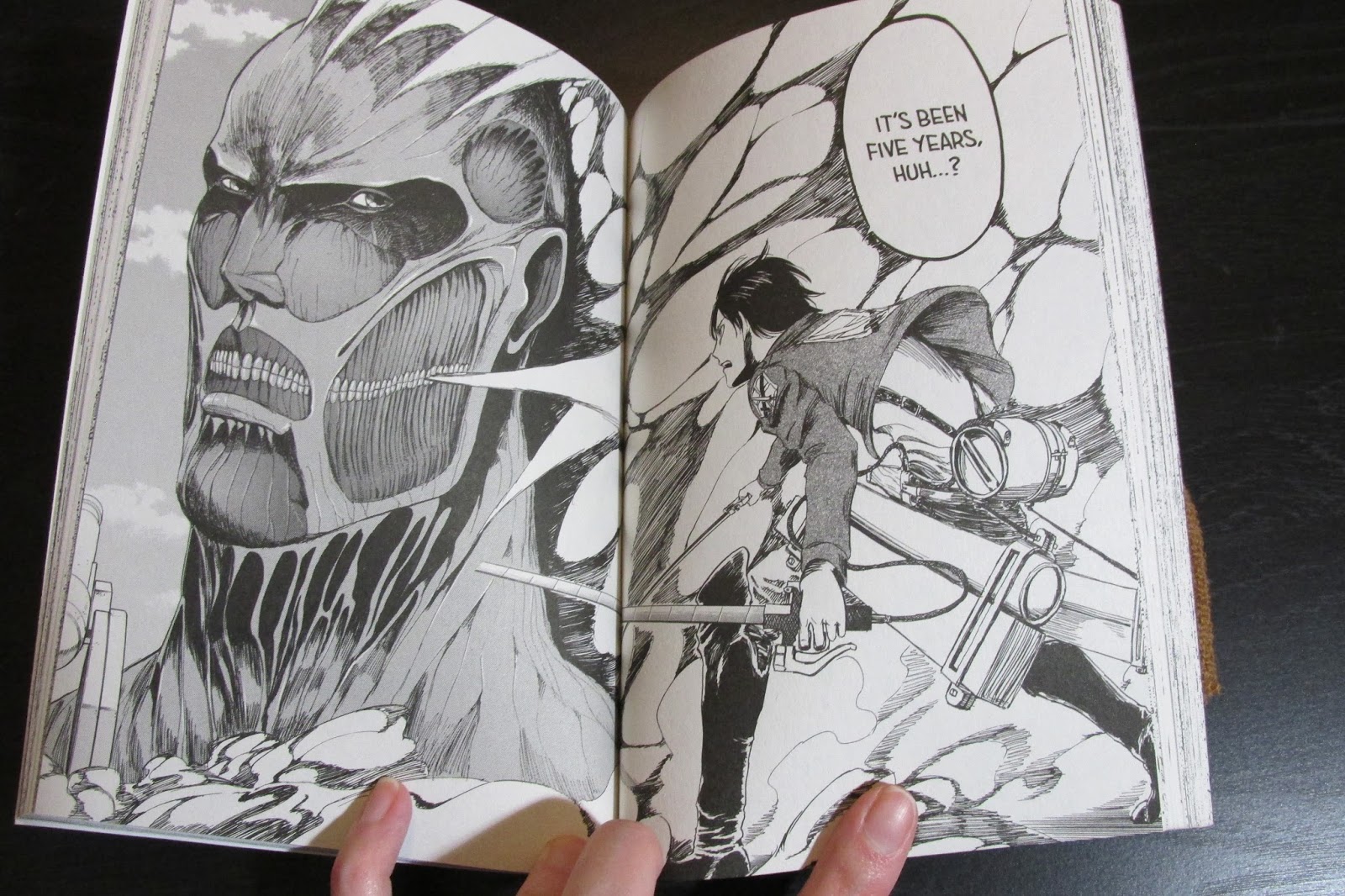 As I was saying before, I have never really gotten into anime or manga. So I was surprised that this book is written in the reverse to what I am used to.
It will be interesting to start reading this. Maybe it will help to sway me towards other manga. 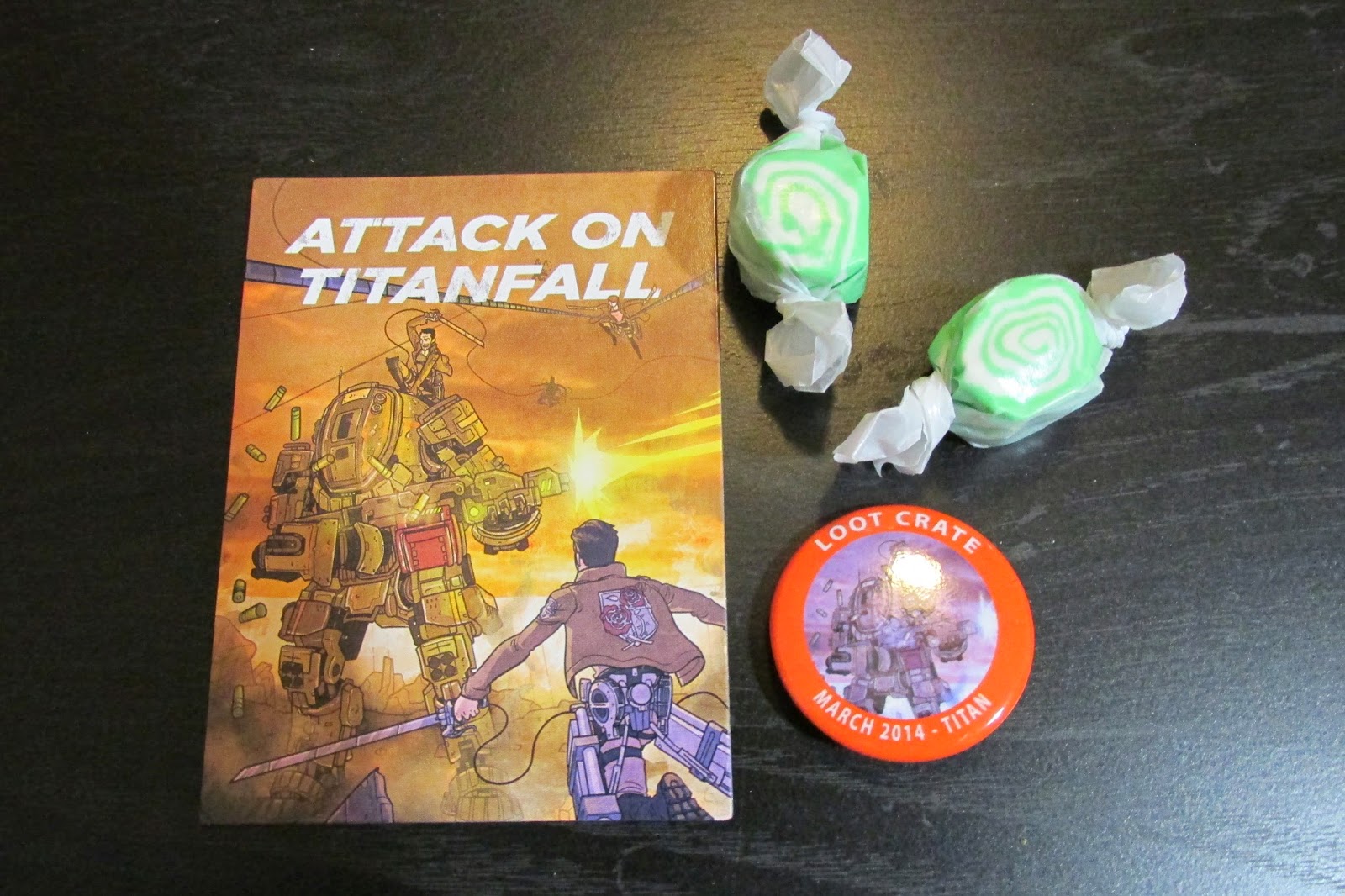 And to round up the goodies:
A magnet with the cover art of the Loot Crate magazine
A Loot Crate button with the TITAN theme
and candy.

You really can't go wrong with some candy.

In all I really like this box. I may not be playing Titanfall but I may in the future. Everything Attack on Titan related is fantastic.
I can't wait for next month's box